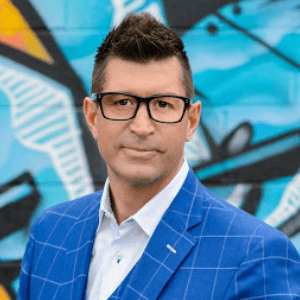 At the September meeting of the Federal Reserve, the long-promised signaling for the tapering of asset purchasing was felt even as Federal Chairman Jerome Powell did not state a specific timeline. Speculations are that the Fed will announce the official start of tapering at its meeting on November 2nd  and 3rd. If that happens, the tapering process may be complete by the middle of 2022, thus setting the stage for the first Fed rate hike to take place by the close of 2022.

An update to the Summary of Economic Projections (SEP) was also released at the September Fed meeting, which presented federal funds rate forecasts known as the dot plot. That dot plot revealed that 9 of the 18 Federal Open Market Committee (FOMC) members are anticipating a rate hike in 2022, which is a noteworthy change from March when only 7 of the 18 members were anticipating a rate hike by 2023. Some speculation says that the rise of inflation is the cause for this change in the dot plot, but as the nation has seen over the last decade, the Fed’s forecasts should be taken with a grain of salt.

These changes and rising inflation could create a number of potential scenarios for deposit rates over the next few years. If the Fed increases rates late in 2022, it could still be a while until banks react with higher deposit rates. For example, after the first Fed rate hike in December 2015, it took approximately 18 months before the country saw a widespread deposit rate increase.

Since the start of the pandemic, the combination of lower overall spending and government stimulus checks have contributed to America’s personal savings rates to take off and increase deposit levels at banks to record-high levels. Loan balances have also fallen, and deposit rates are at record lows. Banks may not be in a rush to raise rates after initial Fed rate hikes until loan levels increase and deposit levels decrease. However, high inflation has been rising more than many expected, which may cause the Fed to act more aggressively than they did in 2016 and 2017, thus leading to a rise in deposit rates more quickly.

No one can predict how quickly the Fed will increase rates after the initial liftoff, but it will most likely take two to five Fed rate increases before consumers see widespread rate increases to online savings accounts and certificates of deposit (CDs). If the Fed does not do rate hikes in 2022, those increases may not be seen until 2024. If there are one or two Fed rate hikes in 2022, the increases could be seen in the second or first half of 2023, respectively. Finally, if the Fed does not place a series of rate hikes until 2024 or if the economy runs into more trouble, there could be a long period of low rates.

“Whether you’re applying for a new home loan or refinancing, we’re here to help you get you the fastest closing and best deal possible on your mortgage,” said Jason M. Reudy.

A mortgage broker and banker, Reudy has more than 20 years of professional experience in the mortgage industry and is ranked among the Top 25 in the United States with an ‘A’ rating by the Better Business Bureau. Reudy and the rest of the team of professionals at The Home Loan Arranger are committed to always putting you – and your clients – first. 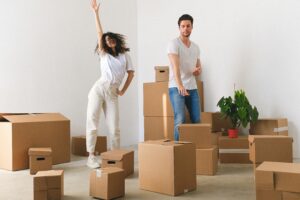 Are you wishing you could buy a new house but holding out because you’ve got a low credit score? Even if you

Everything You Need To Know About Refinancing [infographic]

Save Big for the Holidays: Refinancing for the New Year

According to a recent Gallup poll, American consumers plan to spend an average of $837 on gifts this holiday season. With additional